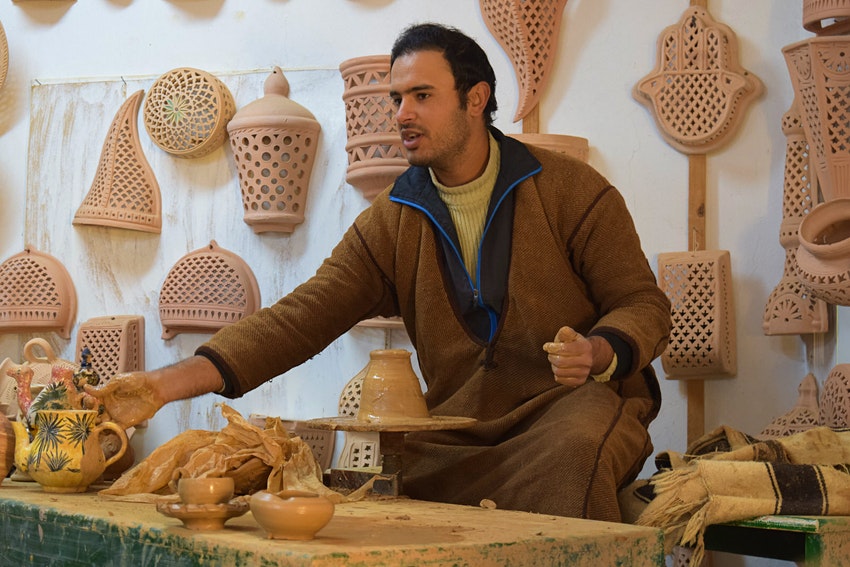 Last Saturday, 19-12-2020, our session was on “Imazighen in Southern Tunisia” by Mr. Ahmad Mahroug, an Amazigh community leader and the President of Association Azrou Pour La Culture Amazighe in Tunisia.

The Amazigh define themselves as the indigenous inhabitants of North Africa since time immemorial. The ancient Egyptians knew them as the Libou (nomads); the Greeks called them Libyans, and the Romans called them Africans. Ethnically, they are a cultural melting pot – the result of successive waves of immigration from the Near East, sub-Saharan Africa and southern Europe.
Imazighen often known in the West as “Berbers,” but Imazighen regard the term as derogatory.

Amazigh culture in Tunisia continues to survive – particularly in rural areas in the south, the vast majority of them hail from some 20 villages in the southern provinces of Matmata and Tataouine, as well as from the island of Djerba). Many Amazigh women still wear the traditional bakhnoug (shawl) and assaba (headband) and tattoo their faces with ancient tribal symbols; men still favour the burnous, a hooded woollen cape. Tunisia’s Amazigh-speaking population, estimated to be around 2% of the country’s population of 11 million. Tunisia’s Amazigh saw the 2011 revolution as a chance to speak up about their grievances, revive their heritage, and preserve it from extinction.

Amazigh New Year, known as Yennayer, marks the first day of the Amazigh agricultural year (corresponds to the first day of January in the Julian calendar, rather than the Gregorian calendar (the Western or Christian Calendar; 2020 marks the Amazigh Year 2970. Tunisian Amazigh celebration in Yennayer is deeply rooted in Amazigh the cultural heritage. From the caves of Matmata to the delicious couscous to the colorful carpets found in southern Tunisia, Amazigh culture has made significant contributions to Tunisia’s own and the country’s history.