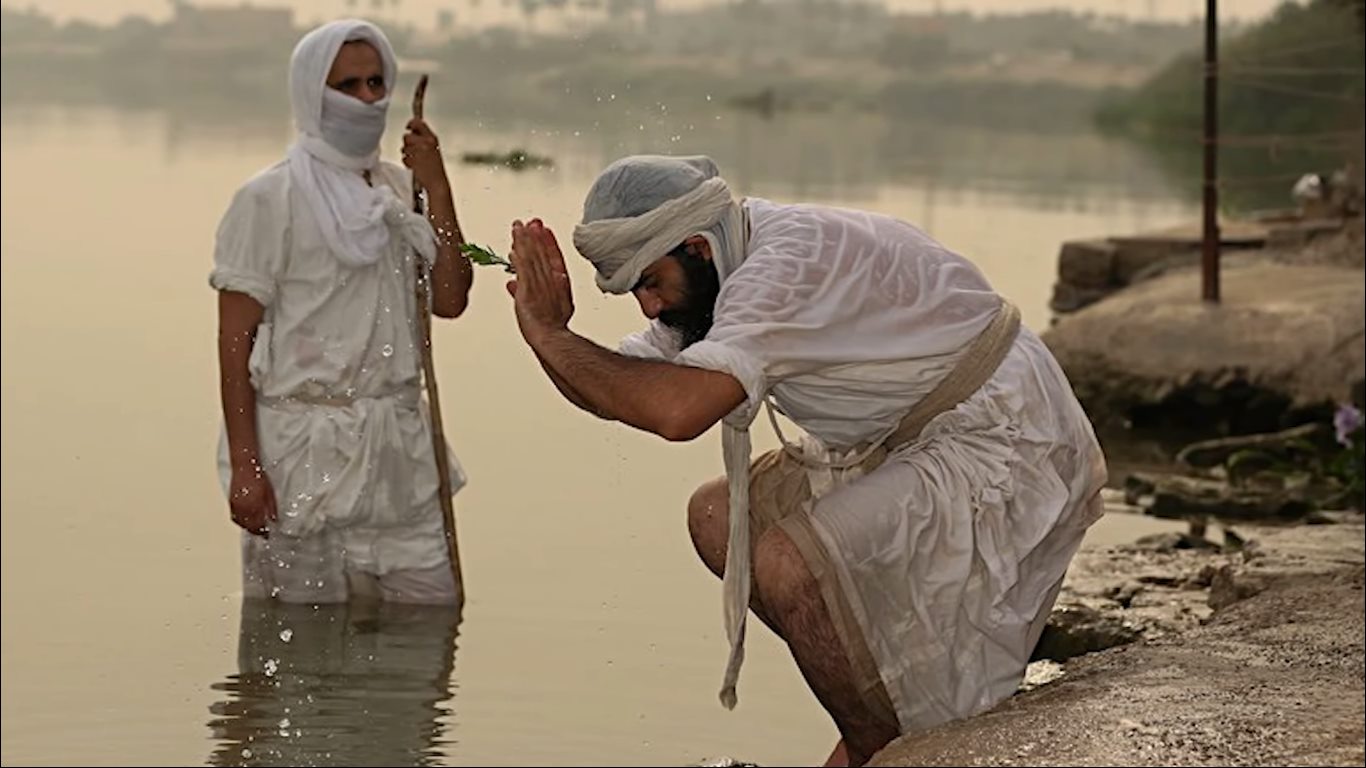 On 20 Feb. 2021, URI MENA Cultural Café was on Sabean-Mandaeans religious minority in Iraq.
Our speaker, Ms. Sndes Al-Saifi, a civilian activist for Human & Minorities’ Rights and the representative of Sabean-Mandaean Woman in Basra (South of Iraq), introduced the Sabean-Mandaean faith tackling many of its religious and cultural rituals. A short video about Sabean- Mandaeans was screened.

Major Takeaways:
· Mandaeans insist their religion is the oldest monotheistic religion in the world. They consider themselves to be the followers of the message given to Adam, who is the first man created on Earth.

· Sabaean-Mandeans are the smallest ethno-religious minority in Iraq, with estimated numbers of about 5000 in Iraq and about 100,000 worldwide. Many have formed diaspora communities outside the Middle East, especially Australia.
· Sabean-Mandaean faith recognizes some of the prophetic figures of the Abrahamic religions such as Adam, Abel, Seth, Enos, Noah, Shem, Aram, and especially John the Baptist.
· Baptism in flowing water features as an important ritual in the Sabean-Mandaean faith. This explains why historically they lived in close vicinity of the Tigris and Euphrates rivers. Unlike Christians, Mandaeans may be baptised hundreds, even thousands of times over the course of their life, as it is an opportunity to cleanse and refresh one’s life and soul. This is one of the reasons that Sabaean communities prefer to live near the water.
· The teachings of Sabean-Mandaean faith have inherited generation by generation by copying their sacred book by hand. We believe that he who re-writes the book from the first to the last page will receive great blessings.
· Sabaeans share some similarities with both Muslims and Christians. For example, similar with Islam in describing the God as one and indivisible and like Christians we believe in the secret powers of baptism and give immense importance to Prophet Zakariya [John the Baptist].
· The Sabean-Mandaeans traditionally specialized in carpentry, boat building and are more known for silver and gold craftsmanship than their religious beliefs.
· Sabean-Mandaean is a non-missionary faith. The only way to become a Sabaean, is to be born to Sabaean parents.
· Sabaeans’ language is Mandaean, which descends from the Aramaic language (a language close to the one spoken by Jesus Christ). Sabaeans pray three times a day to God in Aramaic language. They pray three times individually, at early morning (from dawn to before the sunrise), mid-day and before the sunset (They do not pray at night). They pray toward the north, where they believe Heaven is.
· Mandaean Beth Manda, Sabaean house of prayer, bears a half-covered cross with a piece of cloth. The symbol has nothing to do with Christianity and Sabaeans do not consider Jesus Christ to be the son of God. The Sabaean cross symbolizes a cross of olive wood half covered with a piece of white pure silk cloth and seven branches of myrtle. The four arms of the cross symbolize the four corners of the universe, while the pure silk cloth represents the Light of God. The seven branches of myrtle represent the seven days of creation.
· Sabaeans obey the teachings of their holy book “The Holy Treasure” which forbids killing, lying, committing adultery, theft or consuming alcohol. In addition, they must fast. There are two fasting in Sabaean faith; the “Great Fast” means not fasting about the food and water, it means avoiding wrong doing; fasting with mouths (not lie), fasting with eyes (not see the wrongdoing) and fasting with legs (not walk into the wrong path). It is a lifetime fasting. The second fast is the “Small Fast”, abstaining from the consumption of animal meat for 36 days per year. 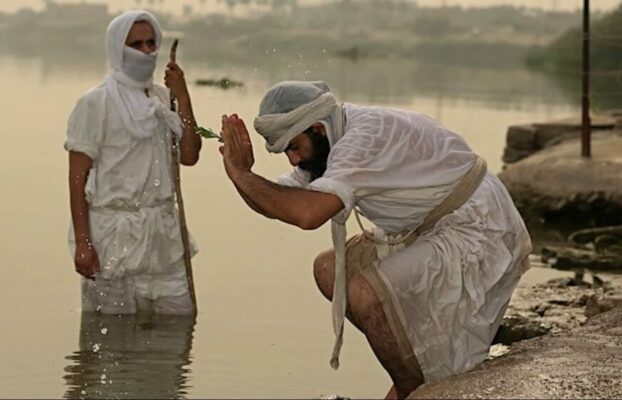 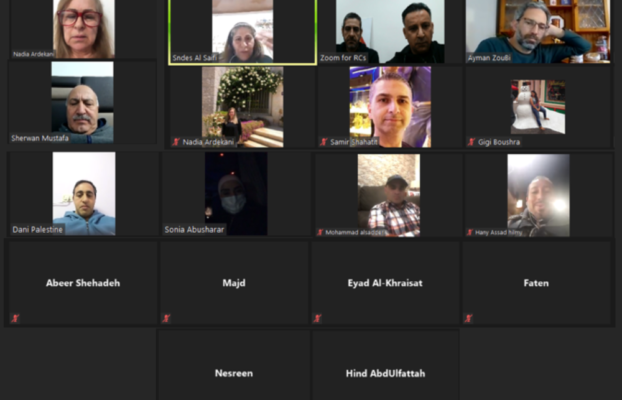