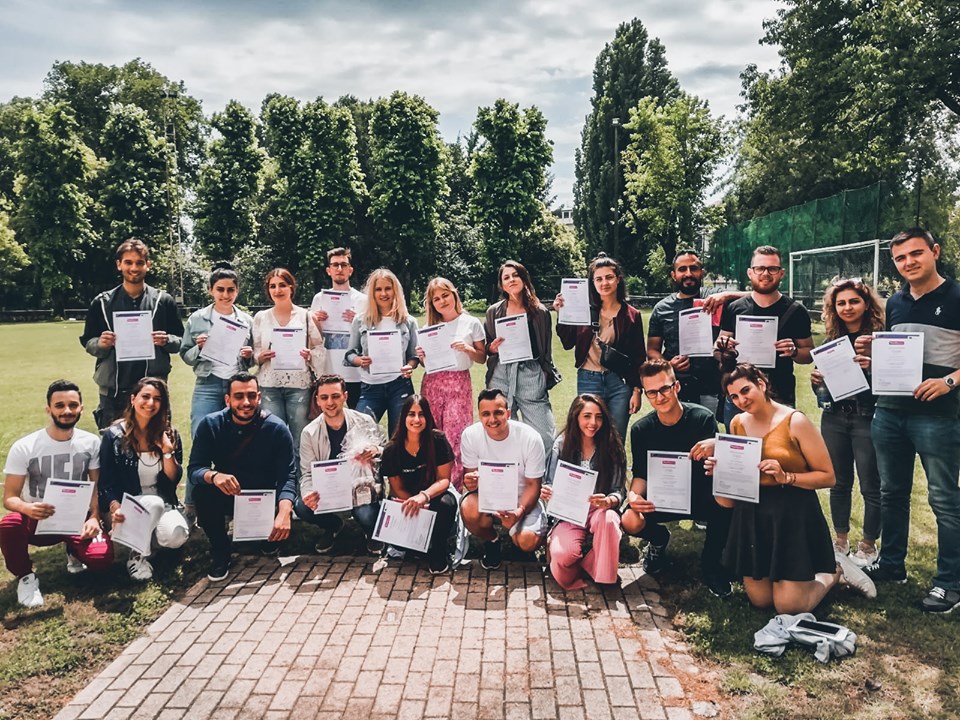 The project “70 Years of Human Rights” was inspired by the 70th anniversary of the adoption of the Universal Declaration of Human Rights (UDHR) by the United Nations General Assembly on 10 December 1948. The Declaration was the first effort in human history spell out basic civil, political, economic, social and cultural rights that all human beings should enjoy. The training aimed at increasing the awareness of the widely accepted human rights that everyone should respect and protect. It was designed to enable young people from different cultures and backgrounds to understand human rights and to reflect on them as well as to share their local contexts of human rights. Non-formal education methodology where used to encourage active participation of young people.

The facilitators presented the history of Human Rights Declaration. Participants were engaged in activities, exercises, and debates to understand the articles of the Human Rights Declaration. Additionally, they attended a short seminar organized by the renowned NGO Amnesty International that mainly discussed the nature of the NGO’s work and how it exerts efforts in various ways to defend human rights on an international level.

On the evening of the second day, during the intercultural night, each country set up a small booth demonstrating their countries’ attractions, traditions, foods, sweets, clothes…etc.

On the third day, participants went on a small trip to Venice that included a visit to the Armenian Island, San Lazzaro degli Armeni. The guide at the island explained the history of the island and how the Armenian Church was first founded in Italy. Furthermore, the host organization explained the history behind the most famous monuments and iconic sites in the historical city of Venice, such as the San Marco Church and the Jewish Ghetto.

On the following days, participants took part in more activities and exercises revolving around human rights and watched the film Wadjda, directed by Haifaa al-Mansour, a Saudi Arabian film director. The film focus on women’s issues in Saudi Arabia through telling the story of a 10-year-old girl growing up in the suburbs of Riyadh. After the movie, participants engaged in a debate discussing the situation of human rights in some difficult countries.

On the last two days of the workshop, Desert Bloom participants made a short presentation on human rights in Jordan, the history of minorities in the Kingdom, and how they were integrated into the Jordanian society.

“The workshop was a once-in-a-lifetime experience that we will remember and cherish forever. We learned many things about the history of human rights and realized how a person can simply take them for granted and forget how many other people in the world are fighting to attain and enjoy them. It is safe to say that we will not look at human rights the same way we did in the past and that we will definitely appreciate them as long as we live. Furthermore, we will most certainly share the knowledge we acquired during the workshop and will spread awareness on human rights issues around the world. We would like to thank Desert Bloom and URI for providing such opportunity to Jordanian youth.”